the heART of the libraries interactive project has been devised by artist Sam Haynes who has been piloting it with Wandsworth Libraries since the new year, and some of the results are can be seen in Tooting Library until the end of April.

Two of us from TTT have been involved – this is a creative and original project which is working with diverse local groups and new technology. It’s all about new skills and ‘social’ sustainability linked with the accessible and welcoming community setting of local libraries.

For example, members of the South London Tamil Welfare Group took part in a short workshop where they learned to use iPads, coached by Chris Nash from the Wandsworth City Learning Centre. 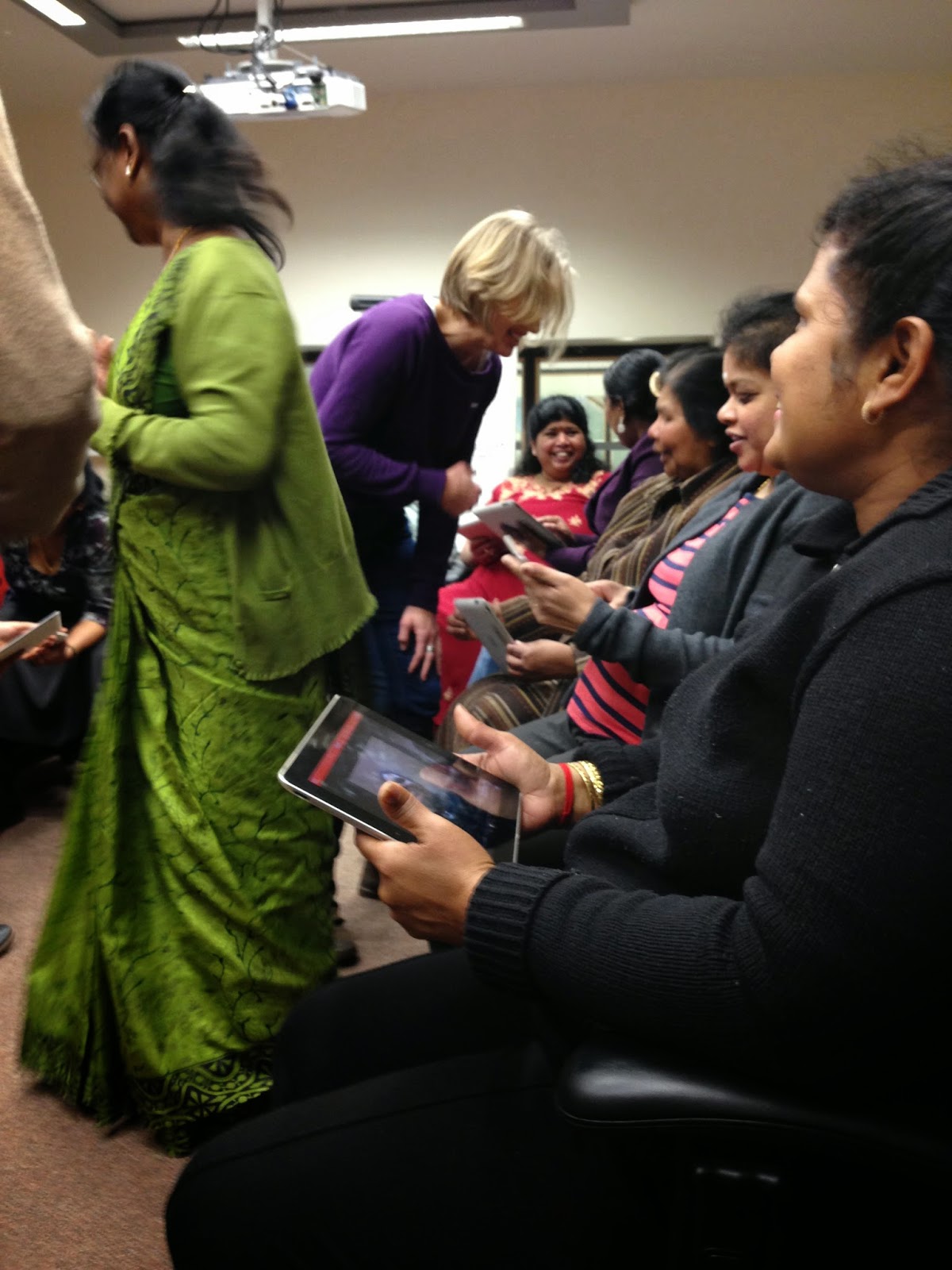 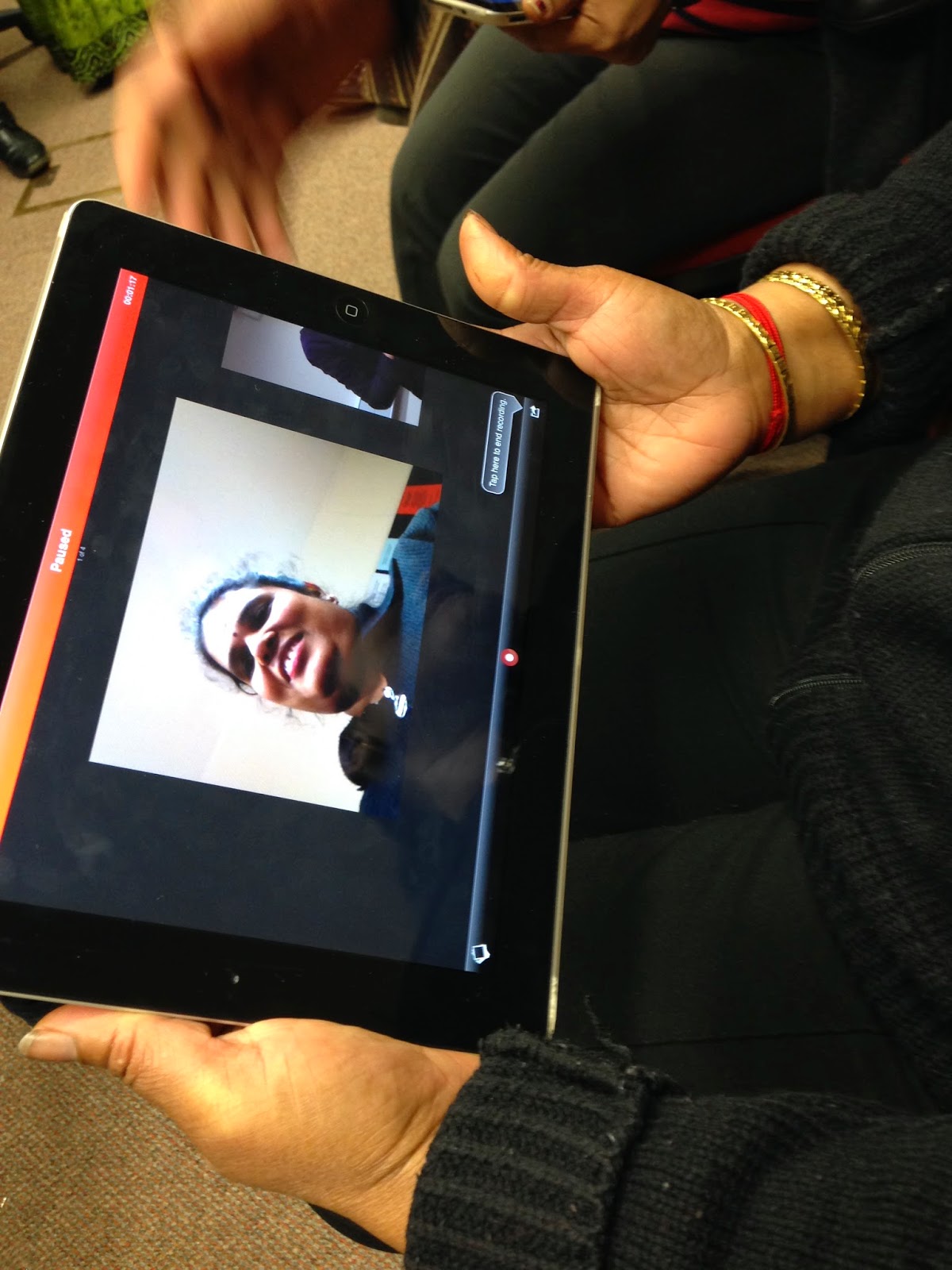 Even though many participants had never touched an iPad before… 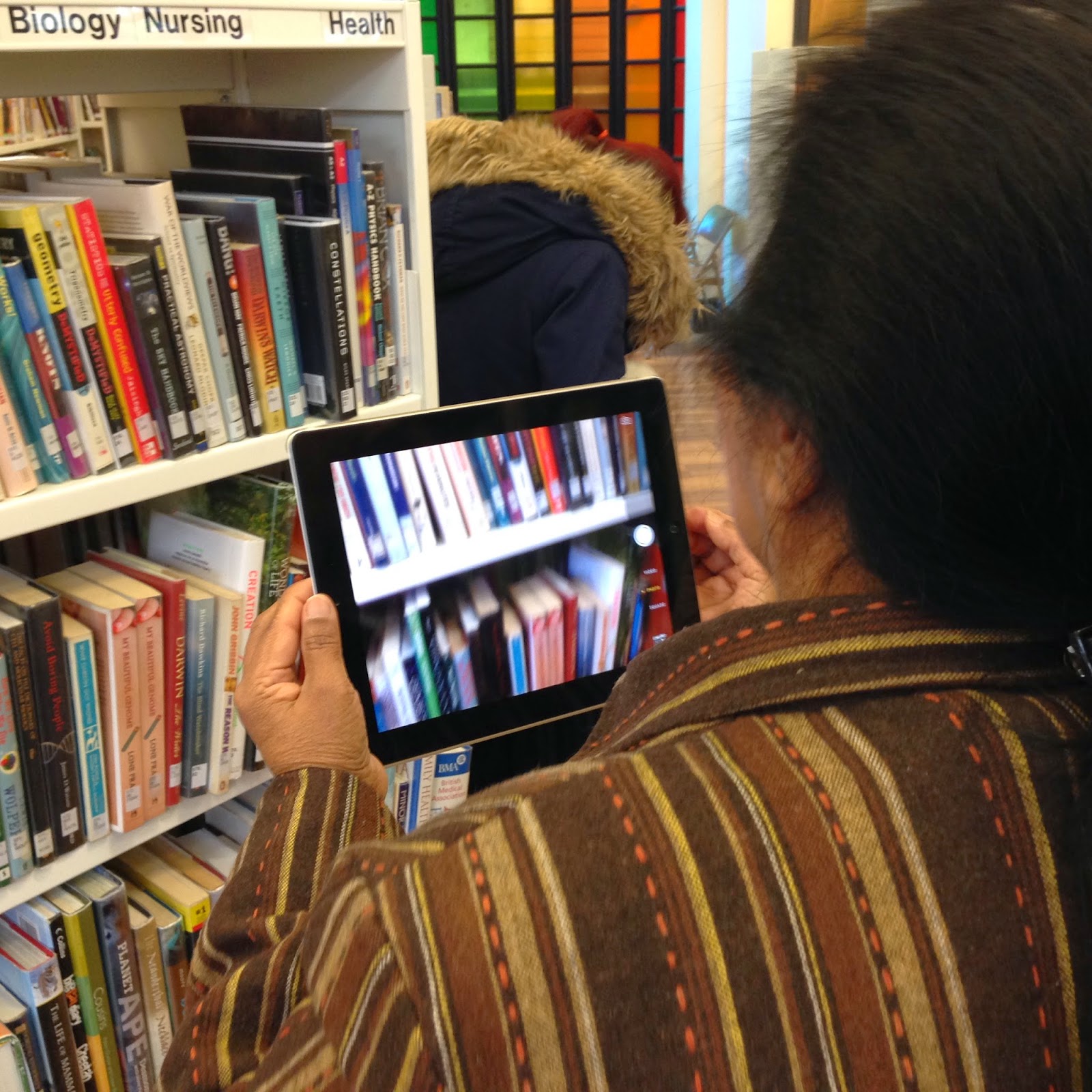 …very soon they were onto the next step, which was to make a short video of subjects in the Library itself, recording their own commentary alongside the images..

Now these videos are on view in Tooting Library by a very novel method – each video is accessible via a unique barcode which can be read by a smartphone or iPad with the Microsoft Tag application.

You’ll find this on the App Store, or download to an android phone from http://gettag.mobi 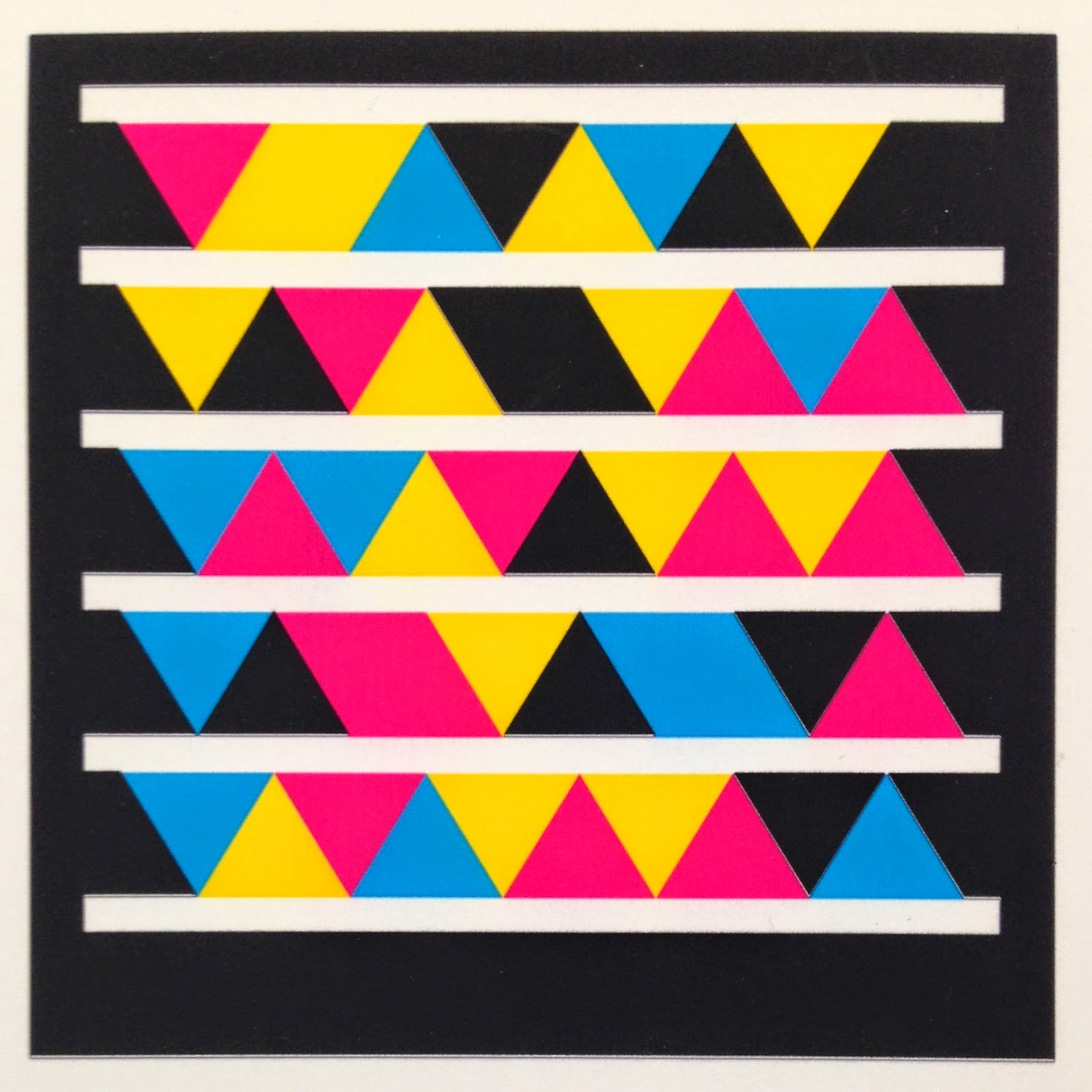 Here is one of the barcodes from the set by this group.

If you download the app to your phone, you will be able to scan this barcode image as it’s shown here on TTT’s blog, in order to see one of the project videos.


If you go to Tooting Library in the next week, with the app installed on your phone, you can find the other barcodes throughout the libary, and see all the other videos too.
Sam’s website: http://www.samhaynesart.blogspot.co.uk/

This technique has encouraged me to think about including this appoach in our Community Garden, Tooting Foodival or Gatton School projects. Children or adults could quickly share their own reponses to their experiences, and participate in fascinating new ways to communicate a story made of images, music or commentary in any language….and we can even design our own barcodes (seasonal vegetables?) to suit each project!  – Charles 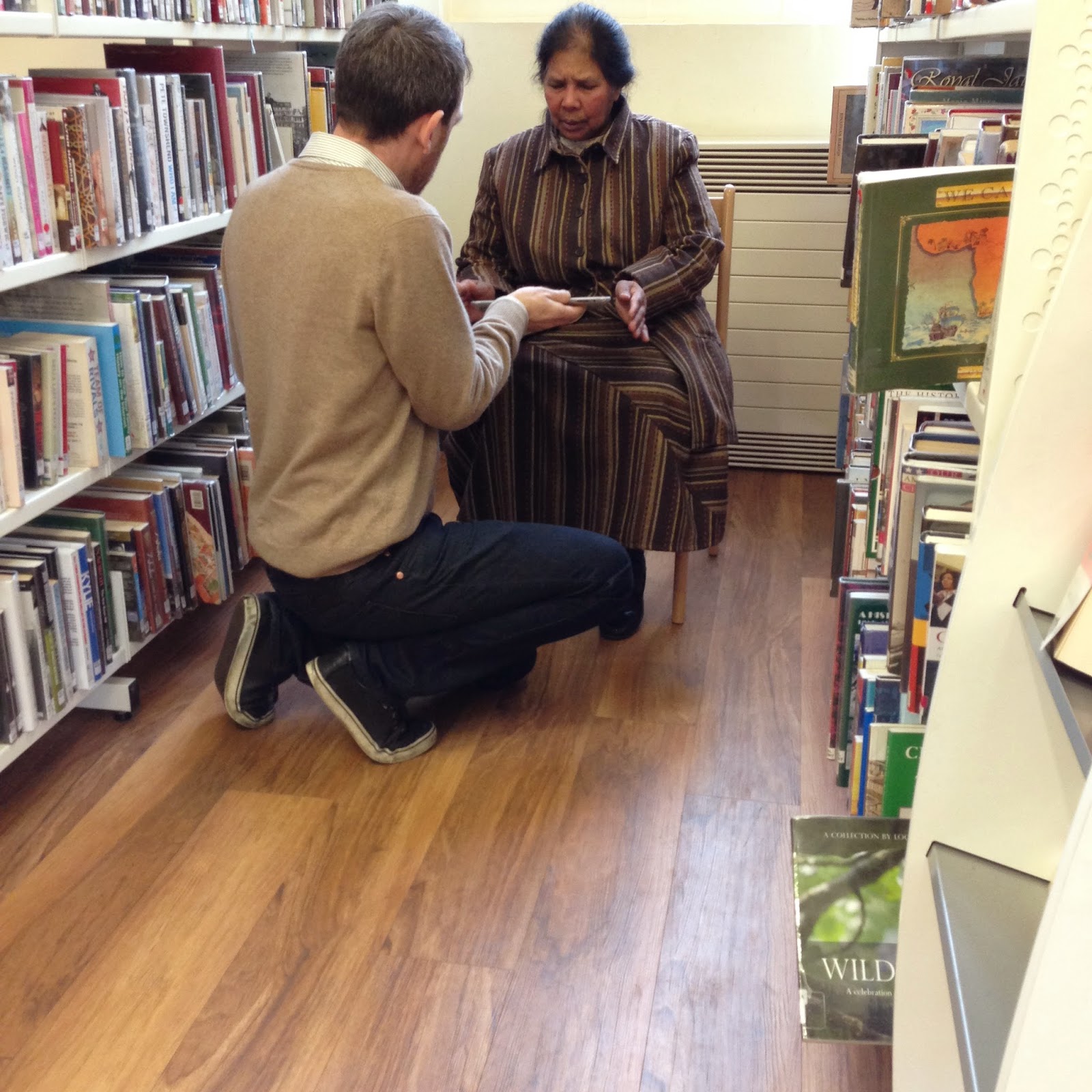