Earthrise – and planting a flag on the Moon
50 years ago, Apollo 8 launched out of Earth’s orbit to circle the moon.
Perhaps unexpectedly for us all, the ramifications of this adventure emerged from the moment astronaut William Anders announced ‘now we are going to turn the camera around and show you the Earth’. The historic image Earthrise was the first picture taken of Earth from space, showing our blue planet alive, dynamic and more beautiful than anyone could have imagined.

The awe and wonder of being able to see the Earth from space has inspired generations of humans ever since: we went to the moon but discovered the Earth. Not the intention anyone flying 250,000 miles to the stars had started out with but possibly the most important reason we did. (Its impact on astronauts is captured in this astonishing film – The Overview Effect)

The two events together triggered a new enlightened self awareness for humans: the chance to look back at ourselves and reflect on our relationship with our home planet.

A new movement of environmental global actions followed: Friends of the Earth in 1969, Earth Day in 1970; the Clean Water Act in 1971; the Environment Protection Agency; the banning of leaded petrol in 1973 and every environmental action, campaign and initiative that has followed – leading to the UN COP24 Climate Summit in Poland this December.

Planting a flag in Tooting
During the last 10 of these 50 busy, self aware years, initiators of Transition Town Tooting have been planting their own flag in terra firma here in Tooting – land of Tota the Saxon King. Their ‘TTT flag’ proposed a call out to anyone interested in learning how a community can make change in how they live, where they live, to create a more sustainable, just and liveable world. Along with the rapidly growing Transition Network worldwide, they invited others to join in the ongoing experiment to see if communities could find themselves creative and capable beyond their wildest imaginings.

Here in Tooting it seemed to work 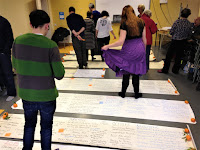 It’s been a roller coaster decade doing, making and learning together.  We look back in awe and wonder to marvel at how far we have come.  We have scrolls – soon to be unfurled once more – adding year on year not just the events and initiatives that have happened but the points at which we all joined in. We showed what marked our highs (and sometimes lows) and how these have influenced our own lives and learning.

Our scroll or ‘flag’ gets longer each year
From an Earth Talk Walk we went on to fill the Tooting streets with Foodivals and Carnivals; encouraged local growing, Top Tooting Cooking and eating; growing a Tooting Community Garden that grew not just fruit and vegetables but an outdoor learning generation of school children within its safe, peaceful and playful walls; we have held Carbon Conversations; energy and air pollution workshops; visits to Eco Builds; invited local residents to fix their electric goods at Restart Parties; forged Pollinator Paths; opened a Transition Shop; Resparkled up the Library at Christmas, hosted debates, film nights and health and wellbeing talks and walks: Treasuring Tooting and Looking Out For Tooting. We have upcycled and recycled; established SMART art and craft Meet and Makes; celebrated the town’s Tour de Tooting wheels; budged buses off their turning circle to create the Tooting Twirl; taken over Broadway Studios for a joyous month of Carnival making workshops, co-curated a month’s Stay With Love exhibition and this year we celebrate the 11th annual Tooting Foodival on Saturday September 15th. 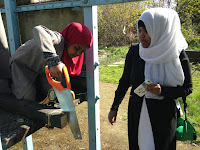 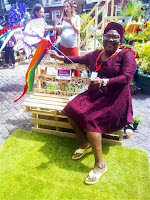 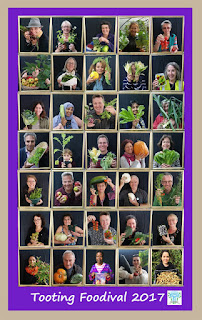 All have collaborated and created our ‘flag’ along the way.
Thank You!

Grassroots working
One thing tends to lead to another and two significant programmes exemplify the spirit of TTT’s grassroots ways of working; giving and gaining strength to all involved:

We look always for what could be possible
It has not always been easy. 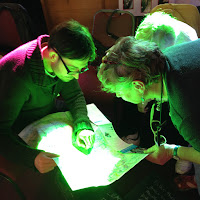 Creating the conditions for change in our world often comes up against the personal challenges of simply getting on with your own life. People come and people go. TTT is a dynamic, undulating web of connection and endeavour. 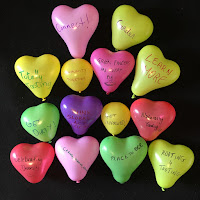 The main thing we have learnt – collectively and individually – is that remarkable things become possible when groups of people get together with a shared intention of being kind, inventing new possibilities, sharing ideas, skills, new behaviours and new knowledge.

What have you learned along the way?
Please share!
At the end of our first year we invited people to name what they had learnt from being involved in Transition Town Tooting. We are now repeating that invitation. If you have had any involvement over the years and would like to reflect on what you have learnt in the process, we welcome your thoughts for a 10th anniversary learning blog.
Send to transitiontowntooting@gmail.com

In 2009, people wrote of how they took permission to initiate things:discovered in Tooting ‘wonderful spaces, lovely people and caring and supportive communities’; reflected on how they lived their lives in new lights. I personally found the framework of TTT utterly changed my life. It precipitated a 4 year commitment to write, with others, the Transition handbook for the arts Playing for Time – Making Art As If The World Mattered. Many found new places and ways of working and living – and belonging.

In 2018, we celebrate in turn by continuing to do what we do: inviting anyone reading this to join in, come along, be drawn (and driven) by your passion whether for community composting, building a Garden of Refuge or the Neighbourhood Forum.

What might you reclaim, reinvent, renew, reimagine – and learn?

A celebratory new logo: Ten years ago in St Augustine’s Church we tried our hand at designing a bold new logo. Local designer Sue Rentoul took our sketches away and transformed them into our distinctive and now familiar, TTT logo.

To celebrate our 10 years of rooting for Tooting, Sue has created a 10th anniversary logo – seen here. We’ll be using it from now on to celebrate our first decade.

‘Find your place on the planet, dig in and
take responsibility from there’ (Gary Snyder)

We’re giving ourselves space to think differently about the future and seek good change for ourselves, our communities and our planet.
We celebrate our connections, friendships, kindnesses, and the supportive community of which we are a part.

On Earth, in Tooting, we plant our flag! A small action with potentially huge consequences, as climate scientist Kevin Anderson explained at COP21 Climate Talks in 2015:

We live in a complex world. Not just a complicated world, a complex world. Climate change is a very complex problem. The great thing about complexity is that it has emergent properties. Things come out that you would never anticipate, in fact you cannot anticipate them. The good thing about that is that it gives every single person, all 7 billion of us, are agents for change. Most of us will fail. Most of our ideas will wither and die on the vine, but a few seeds will flower and come forth, and the role of society is to nurture those ones, to fertilise those ones, to learn from those and to say what would we need to convert that up, to scale that up, and if you see the world as a complex problem, you’re no longer relying on the Prime Ministers and the leaders, you’re relying on all of us, as part of that change. It’s quite a hopeful message, that we could see change emerge from different places, to give ourselves all some scope for thinking differently about the future.

Here’s to the Tooting seeds that ‘flower and come forth.’