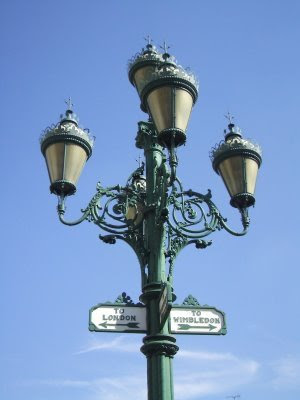 Here is Rob Hopkins‘ excellent as ever analysis of The Government’s new UK Low Carbon Transition Plan, announced in the House of Commons by Ed Miliband the day before yesterday. Exciting that there is a (6 out of 10) Plan of sorts breaking down the practicalities of carbon emission reduction. But how half baked that, as Rob says, no mention of Peak Oil – rather like ‘the drunken ex-partner who turns up at the wedding, who everyone tries to ignore, but their being ignored doesn’t mean that they aren’t there’. With the role of community initiatives like Transition Towns being given increasing recognition, the balls are all back in our courts to come up with versions of what Jeremy Leggett has called the ‘scaleable microcosms of hope’. Positive, local examples of projects happening on the ground that make us all see, feel, believe deep workable change could come our way.

Down Tooting way, Foodival vegetables are positively humming their earthy tunes; Trashcatching for Carnival 2010 is on the road and we say an affectionate cheerio to Sara who has worked tirelessly over the last year and takes up a scholarship to study ecology in Sweden and India over the next year. Cheerio Sara, be back soon, and deepest thanks. LN