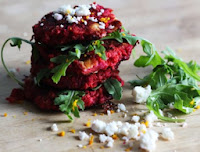 To be doing something practical about this fits with our transition values which aim to tackle the big issues of climate change, peak oil, sustainability and scarce resources at a local level.  So recently I found myself being drawn into finding out how I could do more to address the issue of food wastage at my local level by joining Foodcycle.

Foodcycle is a UK charity that combines volunteers, surplus food and spare kitchen spaces to create tasty, nutritious meals for people at risk of food poverty and social isolation. They run 14 Hubs across the country: volunteer-powered community projects serving nutritious meals for people at risk. Working with community partners they provide communal meals in a warm and welcoming environment to older people, mental health service users, homeless people, low-income families, asylum seekers and refugees, and the long-term unemployed. Since May they have reclaimed over 74, 000kg of surplus food from food retailers.

As well as this, the project values the fundamental belief that connecting people and communities together improves our wellbeing. Evidence confirms that social connecting is strongly linked to subjective well-being, which relates robustly to happiness and life satisfaction, both directly and through their impact on health and wellbeing. (Helliwell & Puttman 2004) [2] It is also possible to shift our more materialistic values towards pro- environmental and sustainability values; for both people on the receiving end and those giving up their time to volunteer through more pro- social activities. These types of interventions draw on people’s “sense of self” (Crompton & Kasser, 2010) [3], informed by “Intrinsic and self- transcendent” values, particularly universalism, benevolence and community (collectivism) which enhances the welfare of the in-group and the wellbeing of the individual  (Kasser and Brown, 2012). Kjell (2011) [4], concurs with these theories suggesting that greater emphasis should be placed on how humans connect with each other and nature if we are to adopt sustainable cultures. These correlate with bigger- than self-problems and corresponding behaviours such as pro environmental behaviours (Crompton, 2010) [5].

So how does this fit in with Transition Tooting? Foodcycle have just started a new hub in Wandsworth, based in Tooting (to start with). Led by Emily Oliver, two hubs are starting up this month to collect surplus food from Sainsbury in Tooting Broadway. I volunteered to be part of this epic project which knits all my values (+ my love of growing, cooking and eating) and those of transition together. So a couple of weeks ago, I found myself making a Chili rhubarb pudding with another transitioner in the United Reform Church in Tooting Broad way, as apart of a team making a starter and main course. This was a bit like ‘ready, steady cook; as after a short introduction to Foodcylce we were given a bag of veggies and herbs and asked to create a 3 course meal for those present! We all then shared the meal together. This gave an us a ‘taste’ of what it might be like to volunteer on the project. It was great fun and also a good chance to meet new people with the same ideas to do something good that connects people in our community, starts to address our massive problem of food wastage, inequality, poor health and poor wellbeing- and supports the vision of building a resilient community. Soon we will start serving up meals every Saturday, to people in our local community at the united Reform Church and Mushkil Aasaan. I will be blogging about the project on TTT web site and http://happytooting.wordpress.com so keep an eye out for our meals and our updates!