Earlier this month, Transition Town Tooting collaborated with the local trades unions to initiate an air monitoring exercise around Tooting Broadway, where several devices have been temporarily fixed to record what is in the air we breathe.  A similar exercise at Clapham Junction recently showed alarming pollution levels so the results for Tooting will be interesting to compare.  If this trial works well we hope to extend it to other nearby areas in the future. 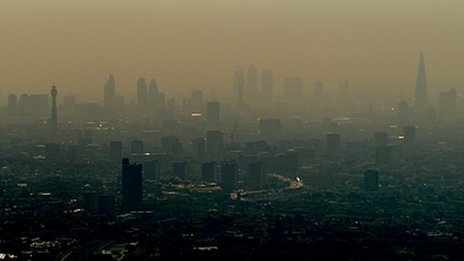 Graham Petersen, who has been leading on the project, said: “Government and City Hall are staggeringly complacent on this issue and need to work a lot harder to combat pollution in London. Wandsworth residents are at significantly higher risk of death from chronic obstructive pulmonary disease (COPD), (Wandsworth Guardian 10/4/14), and nitrogen dioxide levels in the city are apparently the worst in Europe.” See this Bloomberg report.

We think this is a serious issue and want to work to make our neighbourhood a better one to breathe in.  Perhaps you’d like to get involved?  If so do mail us via transitiontowntooting@gmail.com.