In our first session we discussed some general issues around climate change such as responsibility for the problem and what a low-carbon future would look like.

On the issue of responsibility we thought about individual vs structural change. We agreed that individuals do hold significant power through their consumer choices. However we also recognised that people can only take actions within certain frameworks of possibility (eg they can only use public transport if these services are provided; they can only use community-generated energy if the political system supports and encourages such endeavours). So of course there are limits to individual action.

We also brainstormed what a low-carbon future might look like. We wondered what legal frameworks might be developed to ensure that our carbon footprints were lowered. In the absence of such frameworks, would people’s individual morals be enough to keep all of our footprints down? This is a thorny issue which governments are reluctant to touch, because it would involve imposing carbon quotas upon people, which could be unpopular.

We also thought about whether we would have such a strong sense of seasonal change in the future, given our changing weather and how the availability of produce all-year round makes us more immune to the seasons. We also wondered whether, if people have smaller families, this would lead to more people living communally, in order to find a sense of community which they wouldn’t get from having a big family. Finally, we had a mind-bending discussion about self-drive vehicles, which felt like science fiction, but apparently is a fast-creeping reality! 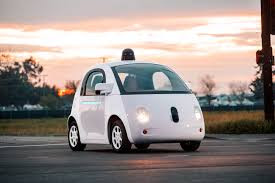