We had a lively and informed discussion about food. We started by discussing some memorable meals that we’d had and interestingly a lot of people described the context much more than the food itself. We then did an activity in pairs where we discussed the meaning of food, such as what and who influences our food choices. Topics ranged from how there’s more choice now than a few decades ago, veganism, organic vs. local, rituals and habits, noticing seasonality and availability to compassion for our own-grown vegetables. We then did an ‘anxiety spectrum’ where we got up and stood at one end of the room or the other according to how strongly we felt about certain issues, such as the treatment of small farmers in the UK and further afield, which some people in the group had not thought about much previously and took away as one of the main things they will consider after the session. In the break we enjoyed some lovely Brazilian snacks – cheese balls and corn cake and peanut sweets.

For the majority of the session we played a food footprints game looking at the main sections of the chapter in the book: production, processing, packaging and transport. It was really useful as it’s difficult to differentiate between a lot of products which seem similar, such as the production of different fruits and vegetables, so it really gets you thinking. It seems easy to hold one piece of information in your head – say the worst or best thing about a product such as there being minimal packaging or it being flown over from New Zealand – but to think of all four factors with each product is more of a challenge. I generally find it easy to not buy a fresh product where it’s obvious that’s it’s been flown from far away, but more difficult to take into account where the ingredients of products with multiple ingredients have come from. So in some ways it’s easier to just avoid these products, or at least see them as a treat.

We also discussed our food diaries briefly, which was interesting as even for people who already think about these things quite a lot, such as vegans, there is still often a gap between your own perception of what you eat and what you actually eat. I realised that I don’t think of myself as someone with a sweet tooth but I in fact eat more sweet things regularly than I had thought. And I also eat more dairy than I think of myself as doing.

My main lesson was to eat less dairy (I’m already vegetarian and used to be vegan for five years), because in terms of carbon it’s actually worse than some meats. So I’m going to treat dairy as more of a treat than an everyday part of my diet. I was really encouraged by other people in the group who said they’d had loads of support to be vegan and it made me remember that my family and friends were really supportive when I was vegan a few years ago. 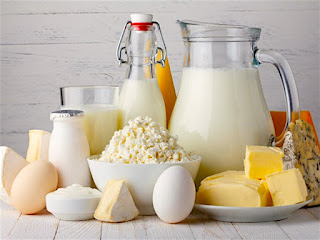