The impressive Incredible Edible Todmorden folks recently came down to Peckham to host a conference on sustainable food with several local groups, which made for a truly inspiring day. Topics ranged from issues with global food production systems from Tim Lang – a professor of food policy, to practical local responses and the importance of food for holistic health. 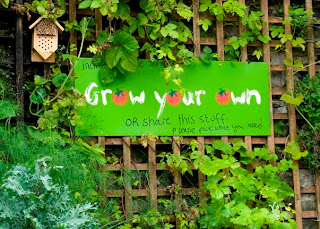 The Incredible Edible Todmorden project is, frankly, incredible – a group of people have come together to increase the amount of food growing in this fairly small Yorkshire town. We were delighted by picture after picture of food growing in the unlikeliest places – in front of the fire station, in old boats in school playgrounds, around the church, along the railway line, the edge of car parks and….well you get the idea!
Rosie Boycott, the Mayor’s food advisor then spoke about what Londoners can do through the Capital Growth Project. This is making grants available to create 2,012 community food growing spaces by 2012, so a great opportunity which Tooting could benefit from.

The Peckham Experiment, which I’d never heard of before, was another absolutely fascinating theme of the conference. Back in the 1930s a group of doctors decided to study what contributes to human health. They set up a community health centre which emphasised health for the whole family and provided a place to exercise, socialise and learn as well as to access more traditional health care (there’s some great old film footage which captures the amazing energy of the centre – with aerobics taking place alongside acrobatics, with diving in the background!). The Experiment also recognised the importance of good nutrition, and had a farm providing the centre with fresh, organic produce. Whilst the Pioneer Health Centre closed in 1950, the charity responsible for Experiment continues to exist, disseminating the findings and it’s also keen to promote the idea of a new centre or centres opening, which sounds like a hugely positive step to tackling a whole range of social issues. 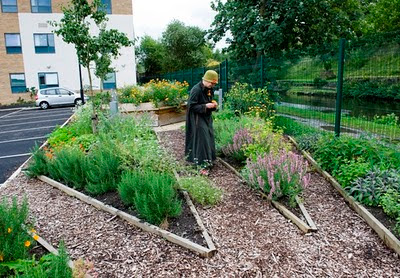