Nov03 2010 0
This event, organised by Hilary, Sally and Nicola, looked at our relationship with the ubiquitous plastic.  Starting with a look at the multitude of plastic items that one person touches in a single day (from the lining of a swimming pool to a humble biro), we looked at where plastic comes from, how we use (and misuse it!), what happens after we drop it into our Wandsworth bin or recycling bag, and how it ends up in our oceans. 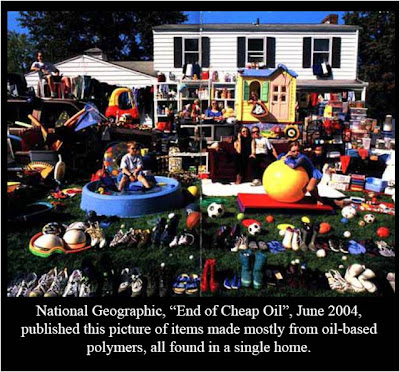 We found out that most plastics are sourced from fossil fuels – oil and natural gas and how that cheap source of raw material will be threatened by the onset of peak oil.  We considered how many everyday items are made from oil-based plastic.
We looked in particular at plastic packaging – our intrepid researcher headed out to take some pictures of particularly bad examples of packaging.  Some items were wrapped in four layers of plastic on their arrival at the store.   She also took a low packaging approach to her takeaway kebab by bringing her own reusable container and cutlery.
Nicola from Wastewatch – which raises awareness about recycling in local schools – explained the limits of plastic recycling in Wandsworth – being limited to plastic bottles.  She explained the reasons for these limits and told us that the UK lagged behind many other countries in its levels of recycling. 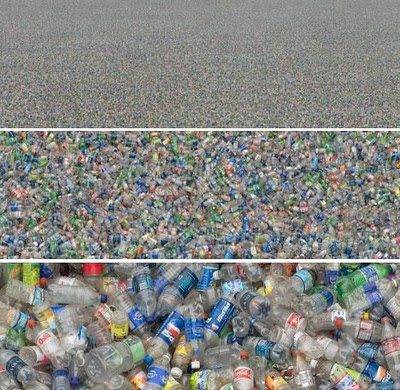 We considered where much plastic ends up – with a short TED talk by Captain Charles Moore about plastic in the ocean which you can watch online here.  Another good talk by Diana Cohen of the Plastic Pollution Consortium is here.
All kinds of initiatives are springing up across the world to address the issue of our overconsumption of plastic.  Following the lead of Modbury which a plastic bag free town in 2007 traders in 80 mainly small towns round Britain have either introduced a voluntary ban or are considering one as a way to reduce landfill.   Ireland banned free plastic bags in 2000 levying a 20p charge per bag.  By 2007 this had raised £109 million in tax and plans were in place to double the levy to 40p per bag.   Governor Arnold Schwartzenegger recently announced a plastic bag ban in the state of California.
In 2009 a poll of Londoners showed there was 90% support for a levy or ban across the city – although subsequent discussions between CEOs of 33 London councils failed to agree on a ban or tax.
We found out that 8 billion plastic bags are used in the UK each year – and the lucky winners of our ‘most wasteful packaging’ prize went away with a lovely reuseable silk sack.  One entry was literally a package holding nothing.
Finally we talked about how we might reduce our wasteage of plastic in Tooting and came up with lots of ideas!
If you’d like to get involved in making any of these happen- or have other ideas – get in touch at transitiontowntooting@gmail.com.
Finally unfortunately we didn’t have time to watch this Futurestates film entitled Plastic Bag – struggling with its immortality, a discarded plastic bag (voiced by Werner Herzog) ventures through the environmentally barren remains of America as it searches for its maker.  Well worth a look!