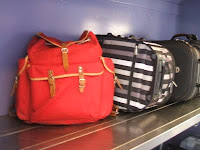 ‘The change in direction represented by the Transition movement is as profound as any intentional change experienced by a civilisation’.

I have been at the national Transition Town Conference in Liverpool for three days. An intense experience, characterised by almost constant conversation with 259 other ‘transitioners’ from all over the world and the UK. The conference was on the campus of Hope University near Chilwall Woods in the North East of the City.

The conference recognised that after 5 years of existence the Transition movement has a great deal to reflect on. The movement can begin to look back at the evidence of its impact with confidence.  With initiatives across the world putting ‘transition’ principles successfully into action, responding quickly as communities pulling together has shown how resilience really counts. This has been especially so in the stark contexts of national crises such as New Zealand’s earthquake and Rio’s floods.   When things are destabilised you have to be ready with new ways of doing things.
The structure of the conference reflected a desire to ‘deepen, mature and focus’ – looking at issues that were at the ‘edge’ of the movement’s experiences to date with an honesty around areas that are difficult such as ‘scaling up’ to the next stage after initial successes, running group processes and ‘resolving conflict’.  Imagining a world beyond dependency on oil did not have to be a choice between ‘a roll in the mud eating mouldy potatoes and going nuclear’.
So said the ever cheery and constantly surprised Rob Hopkins (Co-Founder of movement) who opened the conference along with Peter Lipman (Chair of Transition Network). They cited  the recent announcement by the World Economic Forum in Davos on the major threats to the plant as ‘Climate Change, the Extreme Price Volatility of Energy and the Fiscal Crises’. This was not acknowledged in 2006 when the movement started. This morning Rob closed the conference citing David Fleming’s new book  Lean Logic: “The change in direction represented by the Transition movement is as profound as any intentional change experienced by a civilisation”. (He read that out twice)
The number of workshops had been kept to a manageable choice but it was still hard to choose. Creating local food systems, up date on local currencies, kids in transition (by Tooting’s own Charles Whitehead), social enterprises – turning transition friendly ideas into jobs, Renewable energy systems and Forests invading cities, the latest on Brazil turning the tide were just a few.
I had a busy time. I was running a workshop on Playing For Time, facilitated a theme group on the arts, oversaw a number of art installations by Ruth Ben Tovim and played a role in the overall travelling story of the conference (I wore a handsome red haversack on my back throughout).  My workshop went well and served as a beginning for the Transition book I have been commissioned to write on transition and the arts. To create a different future for ourselves and our communities, first we have to imagine it and the role our imagination and however we understand the arts and our own creativity has a huge role to play in that. So scarey and exciting at the same time. I got a lot of really great practical ideas and much food for thought thanks to a great bunch of people who turned up.
There was also a fair amount focused on making groups work and on  ‘inner transition’ recognising how demanding the work in transition can be emotionally at a very deep level.  This proved a key theme of the conference and it brought home to me how important this was. We did a ‘group process’ yesterday with 260 people. We looked at how we facilitate groups,  celebrate their achievements, discuss matters, agree and decide. Assumptions that get made, how people get excluded or made to feel included. There was a major emphasis on making this work and not taking anything for granted. What happens when you have to work with people you don’t get on with?  We looked at what gave us courage and what made us vulnerable. It seemed that everyone shared similar feelings of frustration, insufficiency, over work along with empowering feelings of shared joy and achievement.  I had sewn a large cloth onto which everyone at the end of this session pinned something they felt they had to offer as a strength to transition and something they felt they were challenged by. The results were beautiful and moving! Someone said that transition was like an alchemy of the self, turning what we have ourselves into gold.
I went to a workshop on inner transition run by Sophy Banks and Ben Yeger which looked at how we construct our own ‘bad’ and ‘good’ realities and how very hard it is to ‘hold the line’ on helping people look at ‘bad realities’. Inner resources need to be strong.  It explained  a lot about why people avoid wanting to confront global challenges.  We also learned that something negative has 15 times the force of something positive on us, so we do have to work hard to create a positive sense of the future!!
Another workshop this morning looked at evaluation and how we measure the impacts of transition. How do you measure change, resilience, well being and a successful local living economy? Fascinating stuff. Apparently we respond more quickly to negative feedbacks so we have to work hard yet again to build up the positive.
Escaping from hot rooms on Sunday evening, I went on a tree walk with Robin (from Shaftesbury) from Trees for Transition in Childwall Woods where we saw Beech, Holm Oak, Birch, Lime, orchids, meadows and deep dark woods and gulleys with plants and flora. Robin hopping ahead with his enthusiasm and knowledge about how trees and woods can build environmental, social and economic good into the biosphere and the quality of our lives. As a forester he said he had to always be thinking 50-100 years ahead, NO point in planting a tree which will be in drought conditions in 50 years time. Very inspiring man, taking his passion and creating a whole new movement around transition with trees. 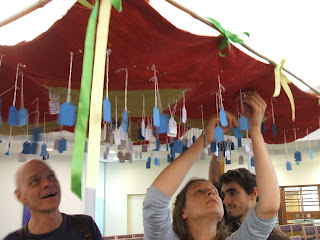 No doubt about it – we are part of a very powerful movement. Many people came from abroad, emphasising how far and fast the movement is growing in Brazil, Portugal, Spain and elsewhere. There were also a good number of London people and it would be great to get us all together again – even in South London where our numbers have really grown recently.
It felt a privilege to be part of this huge thing we call transition changing the way we can see and build a future we want to live in – becoming better connected as a species, not separated out. We are already doing wonderful things here in Tooting and it is inspiring to know we are connected up to such a hard working network of supportive colleagues and fellows. The support really is there for everyone. We can rely on one another.
The day we arrived there was an article in the Guardian asking if the Green movement had lost it’s way. WRONG QUESTION said Rob: “has a new, emergent culture which embraces resilience and localisation, equity and partnership, even scratched the surface of its potential?  I think the answer is a resolute NO!‘   We’ve all had a taste of that this weekend. Here are Rob’s own reflections on the weekend.
And here are some words from Naomi Klein’s Shock Doctrine, quoting Milton Friedman:
“Only a crisis—actual or perceived––produces real change. When that crisis occurs, the actions that are taken depend on the ideas that are lying around.  . . That, I believe, is our basic function: to develop alternatives to existing policies, to keep them alive and available until the politically impossible becomes politically inevitable”.
Go Tooting Go!
Lucy