May07 2017 0
TTT’s tenth series of local Carbon Conversations began in April with a group of 8 local people. Thanks to all, the sessions have been lively and informative.

The series facilitator Ben has shared a short report of the first two sessions:
“For our first session we had several interesting and far-ranging discussions.
One of them was about what a low-carbon future would look like.
Several people suggested that everything would be conducted at a much more local level. But this left us thinking: does this mean we will have to unravel everything that globalisation has delivered? Is it possible (and desirable) to dismantle globalisation, or should we aim to retain aspects of it and go local only in certain ways?
For our discussion about a low carbon future we spoke about the importance of having more regulation from government to control carbon emissions, fossil fuel extraction, etc. But the issue of regulating ourselves was also raised. How will we regulate our own behaviour? Several people suggested education and how important that would be in the process.” 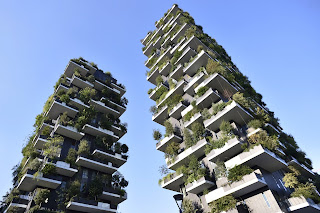 Ben continues his report:
“For session two we discussed carbon reduction in our home energy consumption.

Everyone agreed that the whole process of overhauling your house can feel very complex and overwhelming. There are so many things one can do, and most people don’t have the technical expertise to understand all the options thoroughly.
We discussed the problems of the current housing market and how the energy rating of a home is often not very important to the people purchasing it. This is especially true in a housing market like London where people are just desperate to get on the housing ladder and probably aren’t too concerned about the energy efficiency of a home.
The issue of being a tenant came up – we noted how there is little incentive for landlords to renovate their homes if their tenants are paying the bills.
We also talked about communicating these issues and how to point out someone is overfilling the kettle without appearing a nag! You can tip-toe, or you can just tell someone they’re being daft…. (we will return to the issue of how to communicate climate change in session 6).
Finally, the question came up of how to make carbon reduction at home glamorous. Loft conversions are glamorous. But carbon reduction isn’t. Or at least, at the moment. That could change….
There were some positive notes as well.
One potentially fun way of tackling the issue is by engaging children. If engaged they could be enthusiastic supporters of carbon reduction, if it is made fun, and if they have the chance to receive education on the issue – linking with what we discussed in week one.”

Heat loss in a simplified detached house travels in all directions…would you have guessed those percentages?
We’ll continue the coverage of this series of meetings, and more information about Carbon Conversations can be found by clicking here.
Get in touch with TTT if you would like notice of when we are offering the 11th series – or get the core of a group together yourself, and we’ll find more people and maybe run it in your home!

There has been a problem with your Instagram Feed.
Error: No posts found.